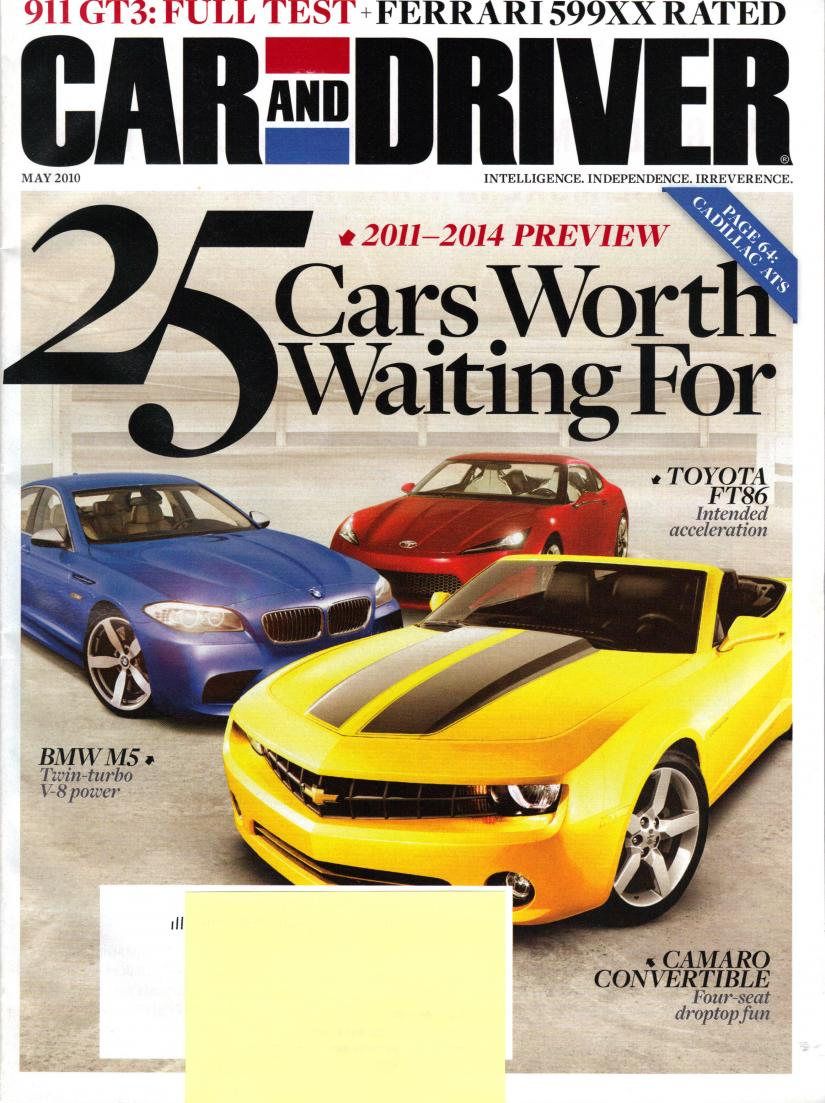 Car and Driver is an American magazine for automotive enthusiasts. The magazine offers extensive road testing of every new model of car or truck, news that deals with the auto-industry, and advice for those in the market for a new or used car.

Car and Driver is known mainly for the sheer number of cars and trucks that are road tested by the magazine’s experts. First looks and first drives of new models are frequently published by the magazine. In one first drive of the 2014 BMW i3, the driver thoroughly examines the electric car’s performance, as well as its lightweight and economic design. Experts at Car and Driver also compare the performance of new cars to other new models with similar specifications.

Car and Driver publishes news relating to the automobile industry. The magazine’s writers cover new models and features to be released in the future that have been announced by automobile manufacturers. Car and Driver also provides information about auto shows around the world so readers can check out these new cars for themselves.

Each issue of Car and Driver contains advice for those in the market for a new or used car. The magazine offers pricing guides so that those who are buying, or selling, know what is considered fair pricing. Also offered is advice for readers who are unsure about whether to buy a new or used car, as well as tips for heading to the car dealership prepared and not falling for aggressive sales tactics.