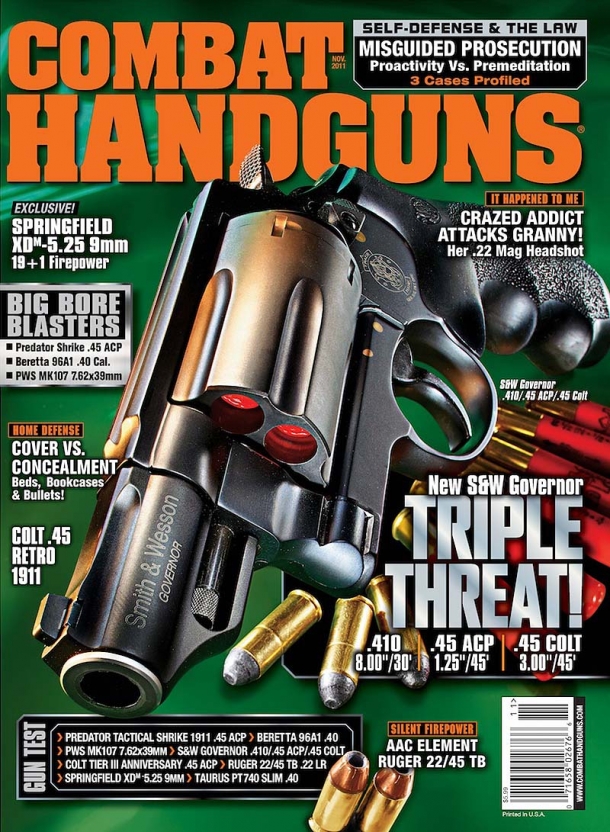 Combat Handguns is a magazine published by Tactical Life that is devoted to pistols and other types of handguns. Featured in the magazine are detailed handgun reviews, tips and advice on using handguns tactically, and coverage of popular handgun competitions and exhibitions.

Combat Handguns is known well for publishing detailed handgun reviews. Each year the magazine is consulted for its list of the year’s top new handguns. Every review that appears in the magazine is only written after the magazine’s experts have spent countless hours using the handguns for different purposes and in varying conditions to ensure that readers are only receiving the most reliable information possible.

Each issue of Combat Handguns contains tips and advice on using handguns tactically. One recently published article titled “Hero or Vigilant?” tackles the difficult task of determining the responsibilities of a carrying citizen in the face of potential harm or crime. Other articles provide tips on aiming and moving while shooting for those who participate in shooting competitions themselves.

Readers of Combat Handguns are treated to coverage of popular handgun competitions and exhibitions. Competitions like the annual NRA Bianchi Cup are covered in the magazine, complete with detailed photographs and technical information on competing shooters.