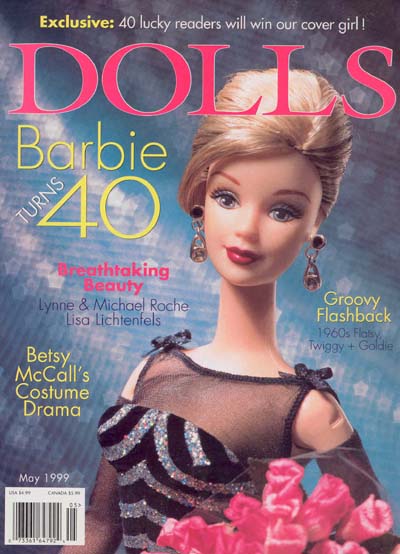 Dolls is a magazine that is devoted to covering the complex world of doll collecting. Included in the magazine are features on various collectors and manufacturers, as well as information on different sales and events put on by collectors around the world.

Dolls is known well for publishing features on various collectors and manufacturers. The magazine’s writers focus on high end artist works as well as popular manufacturer dolls. Included in one recent issue is a feature on a “fun and fashionable eco-friendly doll line” called Zeenie Dollz alongside one on two individuals from Japan and Switzerland who are continuing traditions in doll making that were started over one hundred and fifty years ago.

Each issue of Dolls contains information on different sales and events put on by collectors around the world. Included in the magazine is coverage of events like the Chicago Toy Show, which took place within the space of six buildings, featured over six hundred exhibitors, and is commonly referred to as the largest in the world. The magazine’s writers provide readers with detailed information and photographs from these events, almost making up for the fact that they are experiencing them from home.