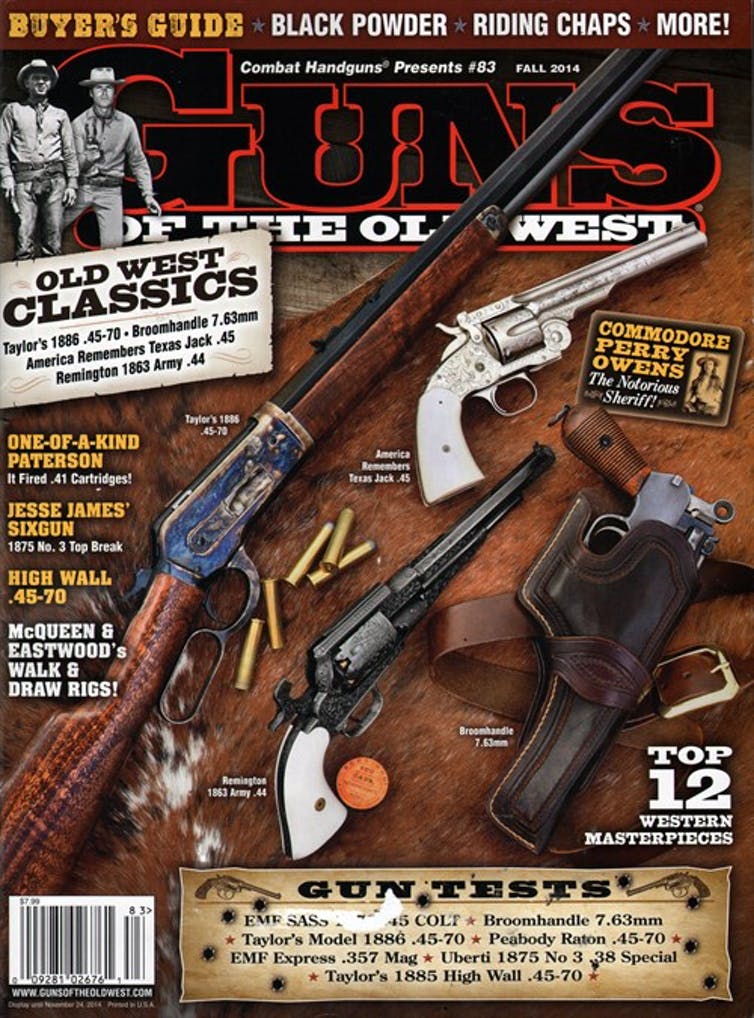 Guns of the Old West Magazine

Guns of the Old West is a magazine that is devoted to classic firearms and the sport of Cowboy Action Shooting. The magazine features gun reviews, shooting tips for Cowboys and Cowgirls, and reviews of gun accessories.

Guns of the Old West is known well for its detailed gun reviews. The magazine’s firearms experts put vintage guns like the Frontier Single Action Army to the test, often firing hundreds of rounds to rate how the guns perform and hold up. The reviews often include interesting historical information from the magazine’s knowledgeable staff on how the guns were used both by outlaws and sheriffs in the days of the Old West.

Each issue of Guns of the Old West contains shooting tips and advice. Offered are tips for those who compete in Cowboy Action Shooting, a sport that utilizes pistols, shotguns, and rifles and is growing popularity in the United States. Coverage is included of the newer guns that competitors are using in order to gain an edge in the sport.

Readers of Guns of the Old West are treated to reviews of gun accessories. The writers at Guns of the Old West review accessories like holsters, apparel, knives, and many other products. One recent issue features an article on a company in California that has been making high-quality Italian Western holsters since 1959, and many shooters swear that they don’t get their holsters anywhere else.