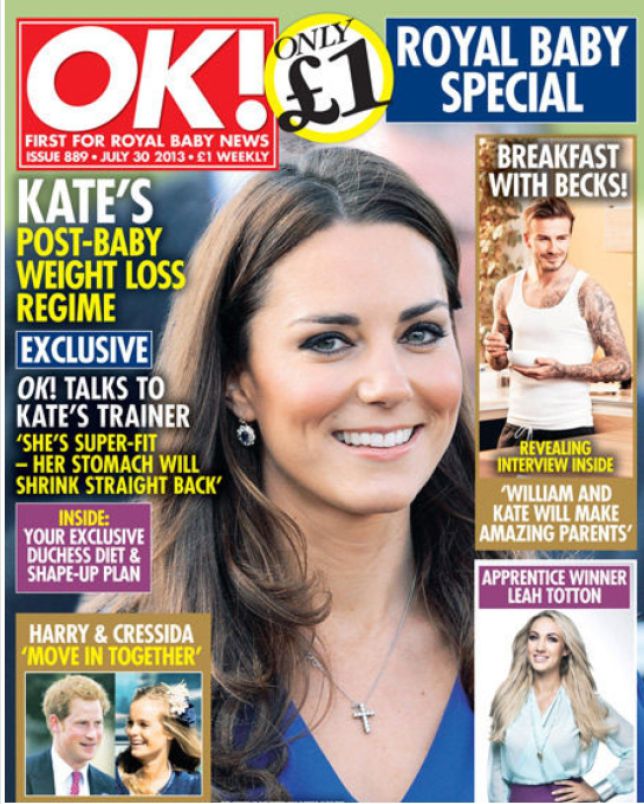 OK! is a British magazine published weekly that is devoted to celebrity news. Featured in the magazine are news stories on the lives of various celebrities, articles on celebrity style, and coverage of popular television shows and networks.

OK! is known well for publishing news stories on the lives of various celebrities. One recently published issue features an interview with Khloe Kardashian in which the celebrity talks about why she “can’t wait for this year to be over.” Published each week are exclusive secrets and photos of celebrities like Jennifer Aniston, Matt Cardle, and Cheryl Cole.

Each issue of OK! contains articles on celebrity style. One article published recently titled “Ladies in Red” compares various celebrities who attempted to pull off red hair in 2013. Some articles even focus on fashion mistakes, such as one story appearing in the same issue that reveals the magazine’s “Worst Celebrity Hair of 2013” list.

Readers of OK! are treated to coverage of popular television shows and networks. Often featured in the magazine are exclusive interviews with the stars of hit shows like Celebrity Big Brother, X Factor, and others. OK! is the source from which other magazines get their information on which shows and projects popular television stars will be working on next.