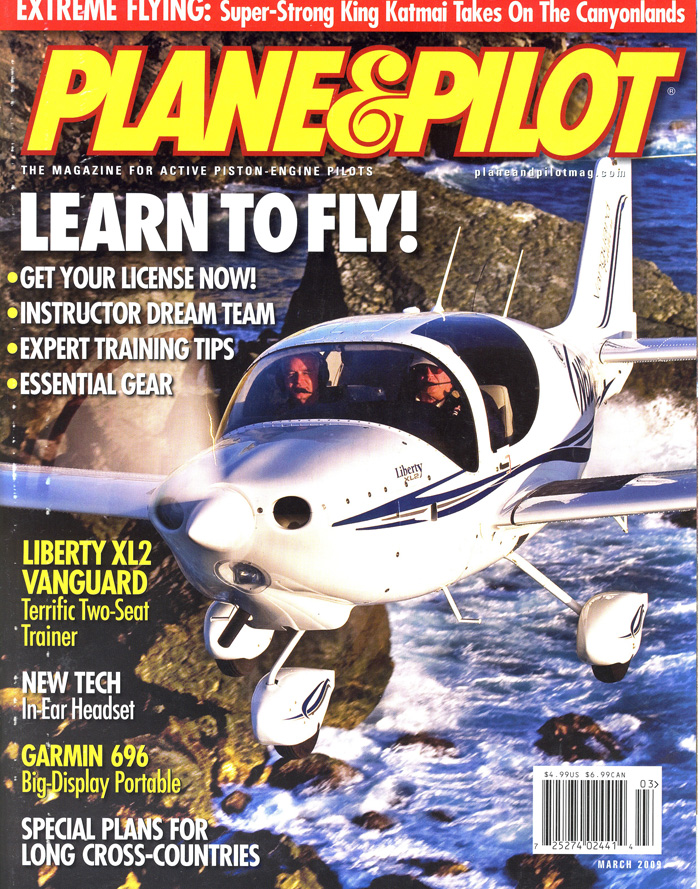 Plane and Pilot is a magazine that is devoted to the art of flying. The magazine publishes aircraft reviews written by professional pilots, articles on flying proficiency, and articles about aviation in general.

Plane and Pilot is known well for publishing aircraft reviews. The magazine has published reviews of countless small planes of all types and at all price points, complete with detailed firsthand information about how the planes handle. One reviewer, after flying it, calls the economical Pipistrel Sinus motorglider a “Prius with Wings.”

Each issue of Plane and Pilot contains articles on flying proficiency. One article titled “The Logic of Flaps” reminds pilots of the importance of a piece of equipment that is used to slow an aircraft down while in flight. Other articles focus on reacting to potential problems such as engine loss, sudden changes in values, and bad weather.

Readers of Plane and Pilot are treated to general articles on aviation. One article focuses on ramp checks and what readers should do in order to no longer view them as worrisome encounters. An entry titled “The Art and Science of Formation Flying” explores what it is actually like to be leading five other pilots through dangerous, yet beautiful aerial maneuvers.