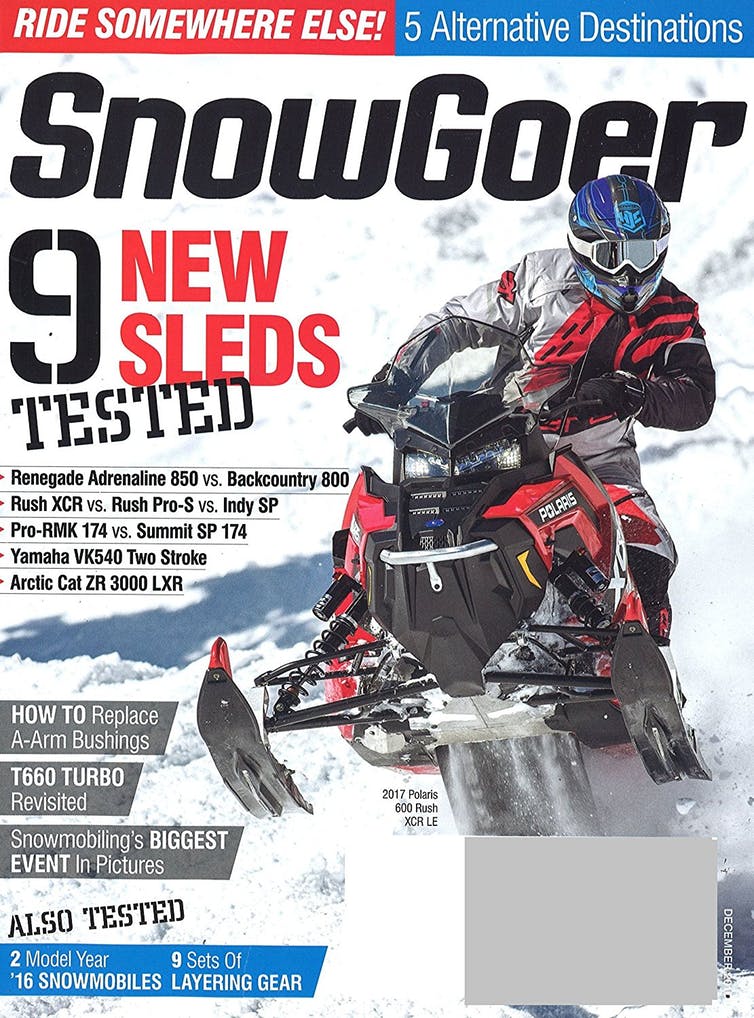 SnowGoer is a magazine that bills itself as the world’s number one snowmobile magazine. Included in the magazine are features on various snowmobiling destinations across the United States, in-depth reviews of new snowmobiles and other equipment, technical articles on anything from routine maintenance to performance upgrades, and information on snowmobile races and events.

SnowGoer is known well for publishing features on various snowmobiling destinations across the United States. In a recent issue one writer speaks personally about his experiences on trails in Minnesota, Utah, and other states known for their snowmobile trails.

Each issue of SnowGoer contains in-depth reviews of new snowmobiles and other equipment. The magazine’s writers often get the chance to test models by brands like Yamaha, Arctic Cat, and others before they are released to the public. Also included are reviews of anything from apparel to replacement parts and upgrades.

Included in SnowGoer are technical articles on anything from routine maintenance to performance upgrades, and are written for those who prefer to complete work themselves than to take their snowmobiles in for expensive repairs.

Readers of SnowGoer are treated to information on snowmobile races and events. The magazine’s writers travel to Snocross, Cross Country, Hillclimb, and other events to provide readers with photographs, results, and interviews with racers.