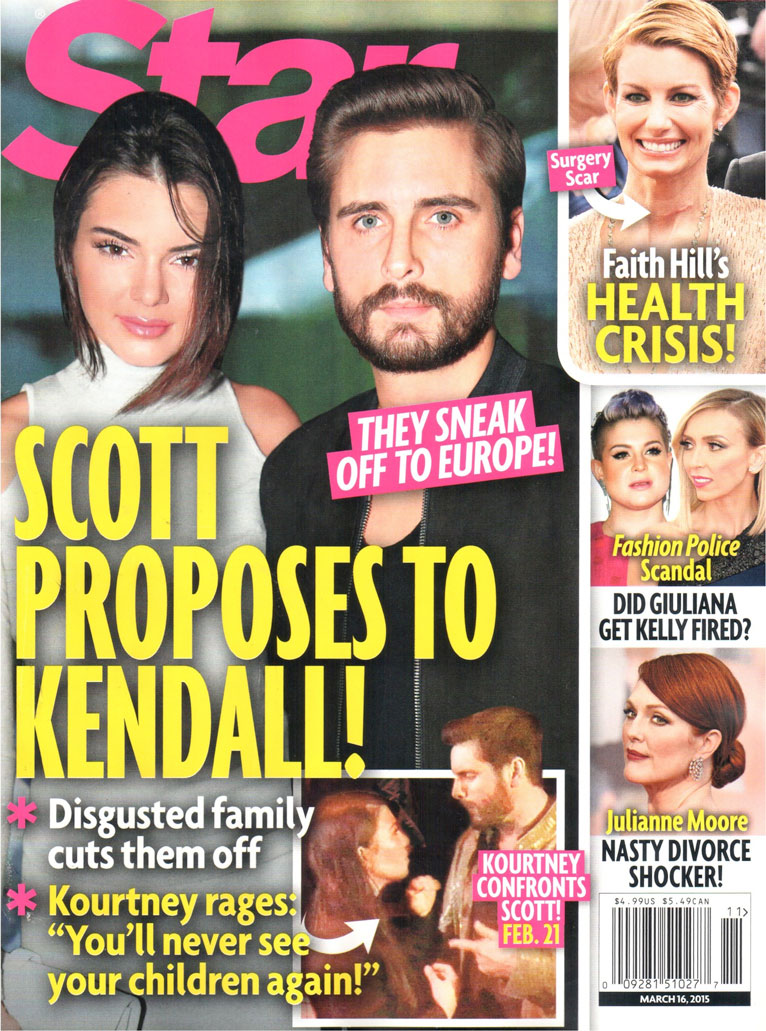 Star is a popular weekly American tabloid magazine that focuses mainly on celebrity lifestyles. The magazine features celebrity news stories and tips on fashion and style.

Star is known mainly for publishing celebrity news stories. Featured in the magazine are stories about anything from celebrities’ love lives to features on movies, television shows, and albums that are coming out in the future. One recent story features Aaron Paul’s take on the much anticipated two final episodes of the hit television show Breaking Bad.

Readers of Star are treated to advice on fashion and style trends that are popular among American celebrities. Many of the beauty products that are endorsed and used by celebrities are featured in the magazine. Also published are features on the stores where popular celebrities buy their clothing, as well as the salons that they frequent. The editors at Star also provide their own tips on recreating celebrity looks without spending celebrity dollars.

A subscription to Star makes a great gift for anyone who is interested in celebrity lifestyles and would enjoy access to tips on style and fashion, usually straight from celebrities themselves. On our website, you can either order a new subscription for yourself or as a gift, or you can easily renew a subscription to Star.